Home » Herniated Discs and Their Treatment: An Explanation From Our Omaha Chiropractor

Herniated Discs and Their Treatment: An Explanation From Our Omaha Chiropractor 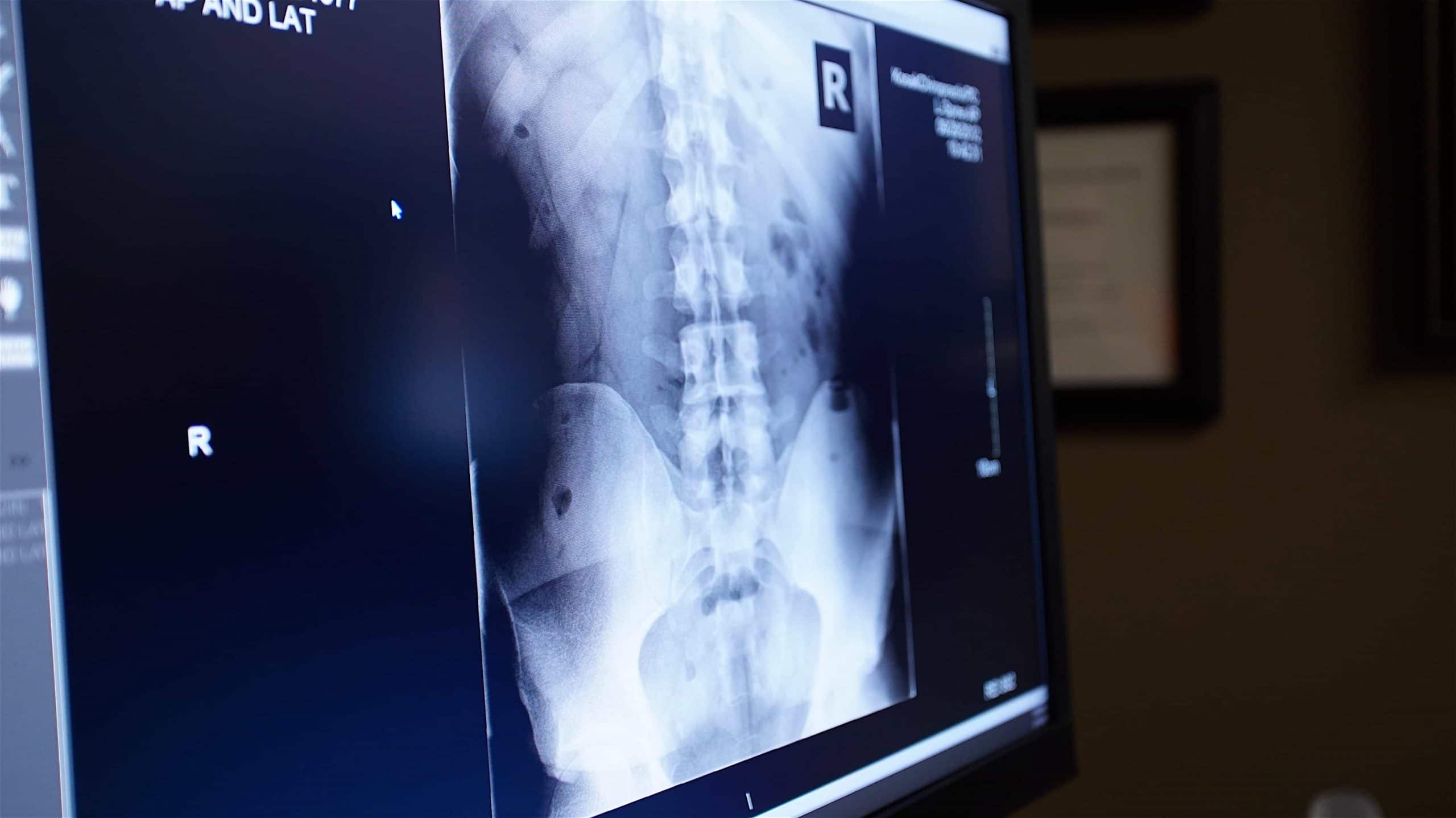 Herniated discs can cause a great deal of back pain, neck pain, and dysfunction. When the cushioning discs of fluid-filled cartilage that support your vertebrae rupture, the results can include pinched nerves and all the serious neurological symptoms that go along with them. If you're struggling with this condition, you might assume that you have no alternatives but to either live with the pain or submit yourself for major, spine-altering surgery. But your smartest move is to see our Omaha chiropractor, Dr. Kosak, for natural, non-invasive chiropractic treatment.

Is It a Bulging, Herniated, or Ruptured Disc?

Many people get puzzled over the various terms thrown around to describe spinal disc problems. Do you have a bulging disc, a ruptured disc, or a herniated disc? Before we answer this question, let's look at the basic anatomy and function of vertebral discs and how these all result in a pinched nerve 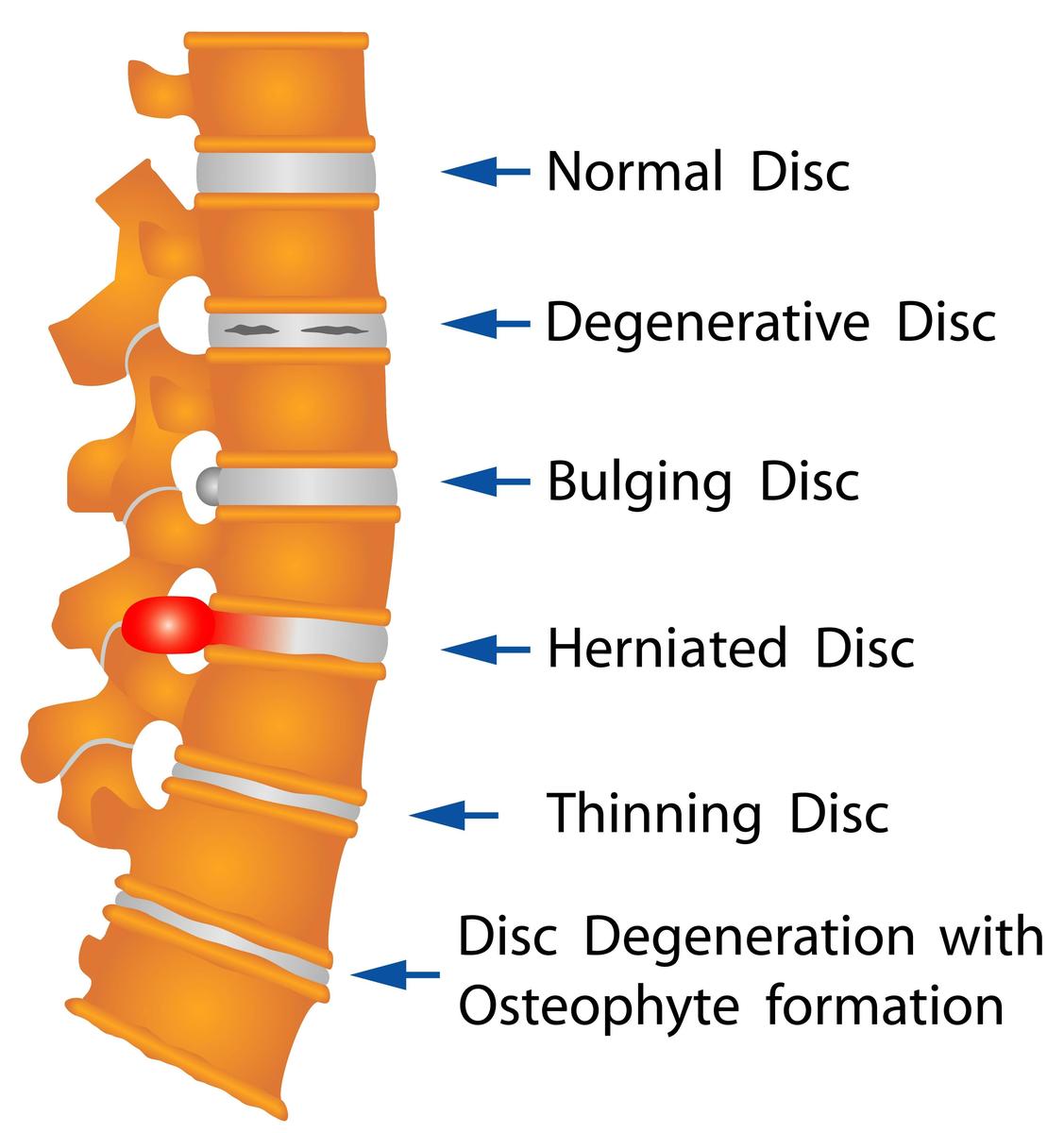 These discs sit between the vertebrae and act as cushions, absorbing the countless daily shocks that come from walking, running, working, or playing. To accomplish this act of shock absorption, a vertebral disc consists of two structures. The outer structure, called the annulus fibrosus, is a tough, disc-shaped, cartilaginous "container." The inner layer is a gel-like fluid known as the nucleus pulposus.

A herniated disc can occur spontaneously due to an acute injury or other sudden trauma, but it often starts as a bulging disc. Bulging discs typically develop as you age and your body loses some of its natural hydration, including the hydration that "plumps up" the discs.

Once a disc starts to flatten out, it also starts to bulge outward from its normal place within the spinal column. If one part of the annulus fibrosus develops a weakness, that part of the disc may start to protrude even further. Given enough weakness or pressure, this area may rupture and split open. 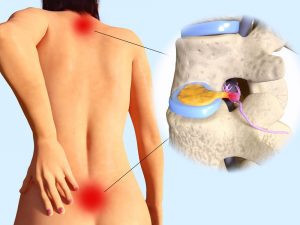 Herniated discs can cause excruciating pain because the annulus fibrosus contains some very sensitive nerves. Even worse, the nucleus pulposus that leaks out of the rupture in the disc contains inflammatory substances that aggravate the discomfort. Parts of a herniated disc may press against the major nerve roots that jut out from the spinal column. When this happens, the pinched nerve tissue causes symptoms such as:

Surgery Is Only a Last Resort

Herniated discs can prove so disabling that sufferers will consider almost any kind of treatment that might provide relief. The common assumption among many is that they will have to have surgery to remove part of the disc or have the adjacent vertebrae fused together. The good news is that such extreme methods are usually only necessary in the worst cases. 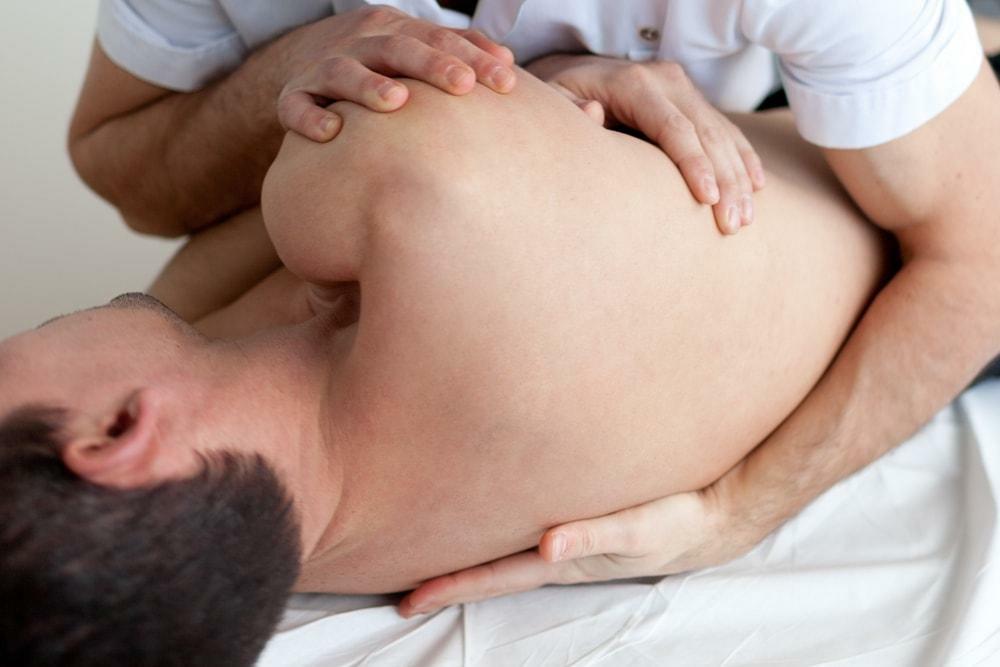 Most herniated discs will respond to non-invasive treatment methods such as chiropractic care. It always makes sense to try the most conservative medical approach first, which is why your first stop should be a trip to our chiropractor in Omaha.

Chiropractors treat herniated discs by correcting the underlying circumstances that produced the damage in the first place. First, we must take X-rays and study your symptoms to identify the disc in question so we can figure out whether chiropractic care makes sense for you.

You may need chiropractic adjustments or related chiropractic techniques to correct the vertebral position and move the disc back into its proper place. These corrections can reduce inflammation while also taking pressure off of nerve roots. We can enhance your results with other techniques such as acupuncture and stretching or strengthening exercises for the back or neck. 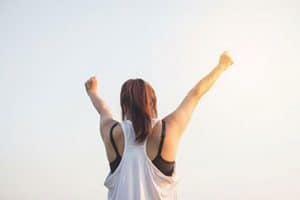 Chiropractic care has shown evidence of being just as effective for herniated disc relief as surgery. A JMPT report entitled "Manipulation or Microdiscectomy for Sciatica: A Prospective Randomized Controlled Study" stated that sciatica sufferers got the same degree of positive results from chiropractic care as they did from an invasive procedure called a microdiscectomy. It only makes that, given the choice between surgery and therapy, most herniated disc patients would gladly go for the latter. The fact that you can get the pain relief you need without having to numb yourself with drugs is another big point in favor of chiropractic care.

Get the Help You Need for That Herniated Disc 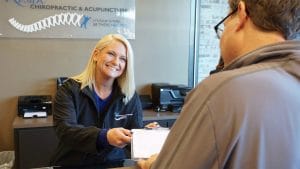 Now that you understand your non-surgical options for herniated disc relief, it's time to put chiropractic care to the test. Call our chiropractor in Omaha at +1 (402) 964-0300 and get the help you need for that herniated disc! 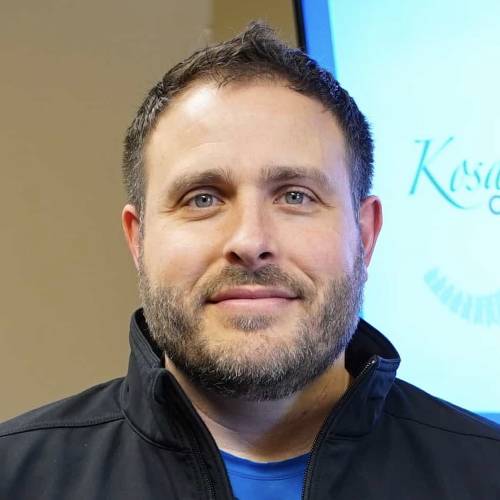 Dr. Kevin Kosak was born and raised in Olivia, Minnesota. Dr. Kosak studied biomedical science at St. Cloud State University in St. Cloud, Minnesota. He then earned his Bachelor of Science degree in Human Biology and his Doctor of Chiropractic degree from Northwestern Health Sciences University in Bloomington, Minnesota. Dr. Kosak also earned his acupuncture certification through the Acupuncture Society of America, founded and taught by the world-renowned and 1998 World Health Organization “Man of the Year”, Dr. Richard Yennie.
Meet the Chiropractor →